In filtering algorithms, it is often desirable that the prior and posterior densities share a common density parameterization. This can rarely be done exactly. Instead it is necessary to seek a density from the same family as the prior which closely approximates the true posterior. We extend a method for computing the optimal parameter values for representing the posterior within a given parameterization. This is achieved by minimizing the deviation between the parameterized density and a homotopy that deforms the prior density into the posterior density. We derive novel results both for the general case, and for specific choices of measures of deviation. This includes approximate solution methods, that prove useful when we demonstrate how the method can be used with common density parameterizations. For an example with a non-linear measurement model, the method is shown to be more accurate than the Extended, Unscented and Cubature Kalman filters. 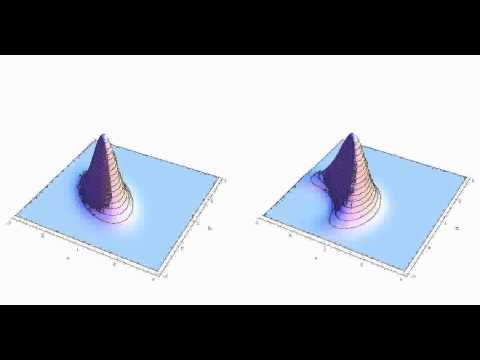 A system of differential equations is solved to obtain an optimal approximation (left) of a homotopy between the prior and the posterior densities (right).